After years of California dreaming, Scott Dolbee finds success in the wintry north

It’s a far cry from the sun-drenched shorelines of Hawaii and California, but for Scott Dolbee, moving to Whistler, B.C., was like coming home. When the 39-year-old L.A. native joined Four Seasons Hotels and Resorts in 2005, opening the famed Blvd Lounge at the Beverly Wilshire hotel, he had no idea that one day he’d trek north of the 49th parallel to helm the kitchens of a chic mountain resort just in time for the 2010 Vancouver Olympics. But given his wife Cynthia was born in B.C., and he had often visited and enjoyed it, the move suited him fine.

With the 21st Winter Games just days away, executive chef Dolbee and his brigade of 32 at the Four Seasons Whistler are spending countless hours perfecting menus and preparing to welcome the world. “We’ve figured out how to provide dinner for up to 900 people each night of the Games,” says Dolbee, who oversees all the F&B for the hotel, including its restaurant, Fifty Two 80 Bistro. And when Olympic goers come in from the cold, they’ll find a menu that features “sophisticated comfort food” prepared simply but well. “Fresh and local is key,” stresses Dolbee. “I allow the natural flavours to come through and never complicate a dish with too many ingredients.”

To rev up for the Games, the hotel has been making myriad changes. A ballroom has been converted into a second Olympic-themed dining venue with an upscale dinner buffet to accommodate the crowds, and restaurant hours are being extended. “A secure reservations system was established to track the 5,000-plus reservations we’ll be handling during the Olympics,” says Dolbee, a father of three.

The biggest change is unfolding in the bistro, which is being transformed into an upscale, modern, yet-to-be-named steakhouse. “By utilizing the latest infrared grilling technology, we’ve created what will be the hottest steakhouse in town,” the chef boasts. “The restaurant has the highest-quality beef available and several house-made rubs and sauces will create an exceptional dining experience,” he says.

The sizzling steaks, seafood platter and lobster and spot prawn salad with truffle vinaigrette have become instant hits, but Dolbee’s favourite dish is Kumamoto oysters with Kobe beef tartare and scallops wrapped in tiroler bacon, pastrami spice, celery root, apple chips and black garlic ($18), combining global influences with a little local flavour.
The affable chef’s love affair with food began in earnest while working at the Hilton Del Mar in Oceanside, Calif. While he didn’t attend culinary school, he went on to cut his culinary teeth in the kitchens of hotels such as La Costa Spa and Resort in California, the Manele Bay Resort in Lanai, Hawaii, and the Wauwinet Inn on Nantucket. In between, he sought direction from the best, working at Joaquim Splichal’s Pinot Provence in L.A. and staging at Charlie Trotter’s in Chicago.

Among the lessons he’s learned along the way: food should stimulate all the senses — the aesthetics of the atmosphere as well as the plate, the flavours and smells coupled with the sound of gracious service. And every dish must have a purpose. “Food should be well thought out,” says Dolbee. It needs to have a reason for being put together.”

Photography courtesy of the Four Seasons Hotels and Resorts 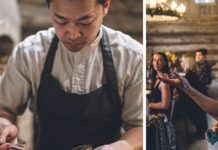 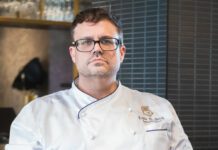 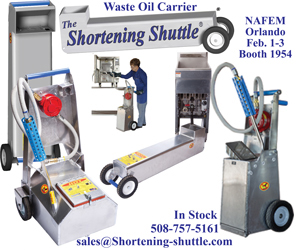