There isn’t much a combi-oven can’t do. Deemed one of the most versatile commercial ovens on the market, operators can use combi-ovens to broil, smoke, bake, roast, poach, blanch, sous vide, braise, re-thermalize and fry. Originating in Germany in the 1970s, the combi-oven has evolved from its basic model to its more artificially intelligent counterpart. Today, these multi-functioning machines and their ability to increase productivity, reduce labour costs and maximize kitchen space have become increasingly attractive to Canadian operators seeking profitable solutions.

“A combi-oven can replace several pieces of equipment in a kitchen, [such as fryers, grills, convection ovens and steamers.] While it looks like a normal oven with a high-tech display panel, there’s a lot of technology behind the scenes,” says Chris Moreland, VP, Foodservice – Canada at Markham, Ont.-based Browne Foodservice, the manufacturer and distributor of a variety of Thermalloy Combi Oven Accessories. “There’s also a number of accessories available for a combi-oven, such as non-stick sheets for cookies and pastries, combi-fry baskets for crispy French fries, multi-baker pans for omelettes or mini pancakes and perforated pans for French baguettes. It’s probably the most innovative piece of current kitchen equipment out there.”

Generally speaking, combi-ovens are available in three sizes, mini, tabletop and floor models, and can be used in all types of foodservice operations from quick-service to large catered events. Additionally, a steam generator combi-oven uses a tank to boil water in large quantities to inject into the cavity while a boiler-less combi oven injects water right onto the heating element. Depending on desired features, combi-ovens range from $15,000 up to $60,000.

“Because of Canada’s geography and the corresponding water conditions by region, it’s important for the long-term performance of the combi-oven to have the option of either boiler or boiler-less models,” says Chiarot. “Garland Canada’s Convotherm combi-oven offers both options to support operators and their facility requirements.”

“Combi-ovens need a water hook up. Operators must be able to pump water in and drain water away,” says Gary Meehan, CFSP, executive marketing consultant for leading foodservice equipment brands. “That’s a big distinction between speed ovens and combi-ovens from an installation and operation perspective, and likely why speed ovens currently outpace compact combi-ovens. That’s a shame because I’ve seen a lot of applications where speed ovens are being used that would be better served by combi-ovens.”

At Uproot Collective in Edmonton, combi-ovens have allowed the marketplace for emerging food brands to operate more efficiently.

“When we changed out our convection oven to the RATIONAL, it took us from being able to do 145 pies in 25 minutes to 240 pies in 15 minutes,” says Jamie Scott, co-founder of Uproot Collective.

“I like to call it an extra chef,” says Kyle Amos, Food & Hospitality manager at Edmonton’s Freson Bros. “It takes a lot of the extra effort out of cooking and gives us the opportunity to provide that quality and consistency that every kitchen is looking for.”

With regard to choosing the right combi-oven, Meehan says “a brand recommendation depends on an operator’s budget, level of use, warranty requirements and more. It’s a lot like buying a car. There are a number of considerations. The differences between leading combi-oven brands are subtle, but those differences can make a real change in an operation depending on service style, menu and traffic flow.”

Foodservice companies continue to feel the effect of supply-chain disruption, manifesting itself in higher freight costs and delivery delays.

“Many foodservice companies are still feeling the pinch when it comes to global supply-chain challenges involving microchips, valves, components, stainless steel and rising freight costs,” says Moreland. “Last spring, lead times for combi-ovens were five to eight months, but they’ve started to improve. Freight rates are also stabilizing, but I don’t think we’ll see the rates go back to what they were pre-pandemic. A year-and-a-half ago, freight quote rates were as high as US$26,000 for a 40-foot container, whereas pre-pandemic it was roughly US$4,500 to US$5,000 for a 40-foot container. The average is currently US$9,500 to US$11,000.”

Conversely, smaller brands have been able to meet the demand due to excess inventory while the leaders braced for setbacks. “Lesser-known brands, still of quality, have managed to gain some share because they’ve had product available and have gained substantial sales,” says Meehan. “Who knew product availability would be a unique selling proposition?”

In terms of other speed-cooking equipment, RATIONAL introduced the iVario Pro to the North American market in 2020.

“The iVario Pro from RATIONAL is a tilting skillet, typically used for large capacity cooking, searing and frying, and is fully integrated with the same technology as a combi-oven,” says Moreland. “I’m interested to see how this piece of equipment will take off in the market.”

Additionally, Meehan says that while sous vide is a slower cooking process, it could become a component of speed cooking because the product has already been prepared and only requires a few minutes after it’s cooked to plate and serve. 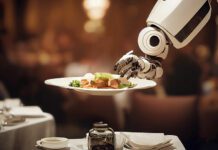 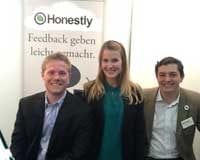 Maya Tchernina - October 9, 2012 0
ERFURT, Germany — Boundless creative ideas are on display at the trade fair IKA/Inoga 2012, which is running in Erfurt, Germany, in concert with...