Whether it’s chicken, beef or pork — and many parts thereof — meat reigns supreme

Let’s get one thing clear right off the top: Homo sapiens are natural- born meat eaters. The human body — from canine teeth to an omnivore’s digestive tract — is built for moderate consumption of the satisfying, muscle- and brain-building stuff.  As a result, chefs, restaurateurs and diners are lustily continuing their love affair with meat.

By way of example, beef — despite its bad press over cholesterol, hormones and the like — remains a massive business. In fact, far from an industry in decline, thanks to the caterwauling of the

militant vegan lobby, Canada’s cattle slaughter has increased to 3.25 million head, up from 3.20 million in 2007, and we exported $1.35-billion worth of beef to more than 60 countries.

Why? Well, in his book, Steak, Mark Schatzker attributes

it to a phenomenon called “meat hunger.” It’s primal, it’s about long-term survival and it’s about umami — that fifth taste, savoury-ness. It’s something that even affects hard-core vegetarians, who can fall prey to the tantalizing aroma of sizzling

bacon or of beef charring over a flame. Our bodies, which have changed little since we emerged from caves, crave the easily accessible, high-grade protein of meat and the life-sustaining nourishment of fat.

But, while folks have been suffering the pangs of meat hunger since the dawn of time, there has undoubtedly been an uptick in the popularity and availability of unique meat options on restaurant menus of late. In the last five years, we’ve seen a proliferation of upscale burger joints, shrines to swine and chefs doing wonderful things with under-appreciated cuts. All the while, diners have been digging in with gusto; fat be damned.

Bird’s the Word // In the 1970s, when medical and public concern over cholesterol and saturated fat started to make a dent in consumption rates of eggs and red meat, it was chicken that clucked to the rescue of meat-hungry diners. Touted as being lower in fat and healthier than beef or pork, skinless chicken breast found its way onto every menu from fine dining to fast-food, and it’s still holding strong. White meat is the go-to healthy option for everyone from McDonald’s to, well, just name a fine-dining establishment that doesn’t offer a bird of some sort.

But, despite its overall popularity, the most recent annual report from the Burlington Ont.-based, Chicken Farmers of Canada, noted a slight wane in poultry’s popularity, though it remains Canada’s protein of choice. “Per capita chicken consumption in 2009 is estimated to be 31.5 kg, a slight decrease from 2008 and the first drop since 1995,” reads the report, which also states, “Preliminary numbers indicate that beef per capita consumption remained stable at 29.3 kg and pork per capita consumption increased by five per cent,  to 24.7 kg in 2009.”

Adding to its advantage, today, good-for-you doesn’t have to mean a dried-out, overcooked chicken breast. Creative restaurateurs and chefs know that diners are looking for more than that. As a result, heritage — breeds of chicken that were disregarded by industrial producers for reasons almost never having to do with taste — and game birds are making a comeback. At Charcut Roast House in Calgary, chef and co-owner, John Jackson, offers a slow-roasted heritage chicken with arugula and duck bacon salad ($18 half/$29 whole); while at Lardon Restaurant in Toronto, chef Jacky Lo balances his pork-heavy menu with Cornish hen, carrots and lentils ($24), a dish that’s both elegant and healthy.

For better or worse, chicken is perceived as the virtuous choice at fast-food restaurants, even if it’s breaded and deep-fried. The McDonald’s Canada website even proclaims “Canadians love chicken!” In fact, to feed Canadians’ appetite,  the chain purchases 20-million kilos of the product each year. And even if chicken is no healthier than beef — a dinner-sized serving (20 pieces) of McNuggets contains 1,040 calories and 2,240 grams of sodium, compared to its Angus burger, which weighs in at a mere 610 calories and 730 grams of sodium — chicken still wins as the perceived healthier option.

Where’s the Beef // The most current Statistics Canada report (2008) shows during the last decade, Canadians increased the amount of poultry consumed, while reducing their intake of red meat. But that was 2008, and in the last couple of years, gourmet burger joints have popped up everywhere, with a renewed sense that it’s OK to tuck into a big, juicy burger and love beef again.

Nichols listens to his customers, and what he’s hearing is diner concerns about health and meat as well as ethics. While it’s a mammoth undertaking to re-tool a foodservice operation the size of Compass Group, Nichols is doing what he can, where he can. “We introduced cage-free eggs at Chartwells — the company’s school cafeteria concept — and at BYOB it’s all about local and naturally raised beef,” he says.

What’s more, it would appear as though Canadians are getting over their tentative relationship with veal — just in time for restaurants to move into braising season. “Mark my words, osso buco is going to be big. We’re going to see it on menus everywhere, even variations with lamb and other meats,” says Nichols. “People will continue to be more aware of health and diet as well as have ethical concerns regarding animal welfare, but people will always want to eat meat. The whole local and natural thing, as well as financial pressure to offer the less expensive cuts, are going to direct us as chefs.”

This Little Piggy Went to Market // Farmers of old had a saying about this humble and most useful animal, “With a hog, you use everything but the squeal.” Back in the day, the rich, who lived high on the hog, could afford the loin, and other top and tender cuts, while the poor, made the most of hocks, jowls, belly, shoulders and butt. Little did the rich know, these lower cuts can taste even better, as long as they’re entrusted to a patient cook with precise technique.

Pork, once marketed as “the other white meat,” is still a favourite. It took a hit at the height of swine flu hysteria, but Canadian pork producers are on the rebound, and pork is the world’s most consumed meat, thanks in large part to China’s taste for it. In fact, according to Nichols, our ethnic diversity shapes meat consumption patterns in Canada. “Consumers are becoming curious, and are being exposed to more ideas about meats, about the more traditional cuts from both pigs and cows, like flank, short ribs, shank, jowls, even offal.”

At Newfoundland’s Bay of Islands Bistro, chef Tim Charles smokes pork ribs and serves them up with apple, walnut, parsley, arugula and sour cream ($15). And at Trevor Kitchen and Bar in Toronto, chef Jessy Vallins waxes poetic about how he prepares his crisp pork belly (pictured) with barbecued octopus, pickled watermelon and collard greens ($29). “We start with bellies from Ontario Tamworth pigs,” says Vallins “They have a higher ratio of meat to fat, which I like, because you’re never really wanting for fat on a pork belly anyway. I brine it overnight, rinse, then bash with a stiff wire brush. This makes lots of tears and irregularities, which in the end will make for crispier skin. I dry it overnight in the fridge, then the next day, roast at a low temperature for five hours. Next, it rests, gets pressed, cooled and portioned. When a guest orders it, I fry it skin side down in a cast-iron pan. This makes the skin puffy and very crispy.” Talk about making a silk purse from a sow’s ear.

Cutting Edge // Chefs and consumers are discovering the joys, and affordability of nose-to-tail eating, something most every other culture has enjoyed for centuries. In trendy restaurants everywhere, from Halifax to Vancouver, offal, off-cuts, and all the strange — but very tasty bits — are finding their way onto menus.

At Langdon Hall, in Cambridge, Ont., for example, chef Jonathan Gushue serves the whole beast. His seared Digby scallop comes with poached bone marrow ($24) and a Weisberg striploin is paired with a beef cheek ragoût ($45).

“I have always leaned towards off cuts,” says the easygoing chef, chalking his style up to his training in England. “The one thing most of these cuts have to offer is the richness they bring to a dish, and we like to create contrast. It brings not only flavour but [also] textures, like serving smoked bone marrow, with pan-fried halibut cheeks or fillet, creates great textural differences, but also adds a luxurious, melting mouth feel.”

As with any item on Gushue’s award-winning menus, there is a socially responsible side to the equation as well. “There is also the issue of being more sustainable, doing your very best to offer and use as much of the animal as possible,” he says. “More and more people are ordering whole or sides of animals. This is something chefs have always enjoyed, but finally the public has become more interested and educated about what they are eating. Thumbs up to the Food Network.”

Hey, if a smoked beef tongue and lobster sandwich with baby onion pickles does its part to fight meat hunger and reduce unsustainable waste, who are we to argue? 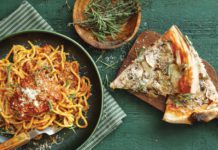 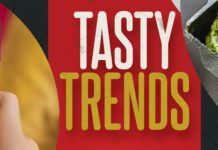 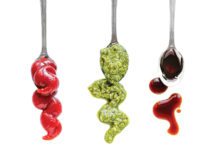 Maya Tchernina - May 31, 2010 0
Kelowna-based hotelier blazes a green trail the hotel industry should aspire to Like so many hoteliers around the globe, Greg Salloum answers to a...