He also talked to media and bloggers about how the products are made, the soil the grapes are grown in, ideas on his organic principals and hosted a vertical tasting of his renowned Bottega Prosecco Brut VTG 2013, 2014, 2016. We noted that the 2013 was not at its best but still maintained its mousse.

Bottega currently manages wineries in Valpolicella and in Montalcino, Italy and plans to purchase an additional 35 hectares in Montalcino. His generosity also extended to offering for tasting his personal private aged balsamic vinegar and olive oil.

Bottega is also internationally known for its wide range of spirits such as numerous Grappas, liqueurs such as Limoncino and Pistacchio — one of his creamy liqueurs which entered our market in October of this year. Both Bianco and Rosso Vermouth are also available.

Not one to rest on his laurels, Sandro Bottega now distills Gin Bacur and a vodka that is distilled five times. Bottega products were first introduced into the Canadian market in 1991 and are now available in 10 provinces. While Bottega’s largest markets are Germany and the United Kingdom, Canada represents 10 per cent of its export market. Bottega was number-3 in the Prosecco market but has quickly moved into second place thanks to its universal appeal.

While travelling, you’ll find Bottega products on 50 different airlines, including two Canadian ones. An innovative concept is his Bottega Prosecco Bars found in various countries. And, if that isn’t enough, his concept made its debut on board the Viking Line “Cinderella” cruise ship.

Sandro Bottega’s philosophy is to provide the consumer the very best and only when he is satisfied that he’s fulfilled that vision will he release his products into the market. He’s continually tinkering, such as developing a new dry sparkling wine, Il Vino Dei Poeti Prosecco Superiore DOCG “Rive Di Guia” for the more sophisticated palate. For his Gin Bacur, he’ll replace the grain alcohol with grape alcohol.

Family is everything to Sandro, and while his siblings are involved in the everyday operations of the company, he hopes that one day his niece will continue with his drive to supply the world with the very best of Bottega’s products. 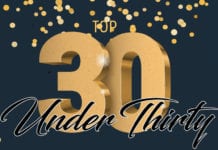 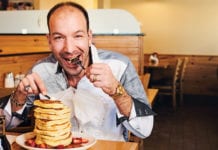 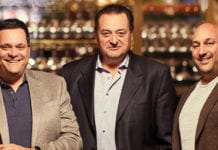 An Appetite For Growth: Foodtastic is Growing its Portfolio and Expanding its Reach