VICTORIA — Following this past weekend’s Culinary Team Canada Trials in Edmonton, executive chef Brad Horen and sous chef Patrick Gayler, of the Inn at Laurel Point, have earned the chance to represent the country in a series of competitions as members of Team Canada.

Chef Horen will be team captain for the next four years as the toques compete this year at the World Cup in Luxembourg, the 2011 World Cup in Chicago and the 2012 World Culinary Olympics in Erfurt, Germany.

“Since undergoing a major renovation and hiring chefs Horen and Gayler, Inn at Laurel Point has been working very hard to be recognized as The “Culinary Hotel” here in Victoria, even B.C.” says hotel manager Scott Hoadley. “These appointments are one more step towards meeting that vision”.

In 2007, the Canadian Culinary Federation awarded Horen the prestigious Canadian Chef of the Year title. He has competed with the Canadian National Culinary Team, placing as 2005’s World Culinary grand prix champions and 2006 gold medalists in Luxembourg. 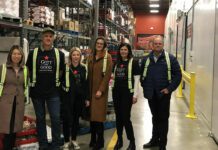 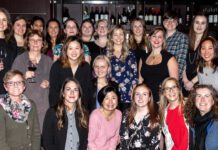