During the gala, the ORHMA also introduced of the Best Bar None (BBN) program in Windsor and named Ariius Night Club & Ultralounge first accredited BBN venue in the region.

“ORHMA is very proud to recognize and congratulate these establishments for their role in the local hospitality community and their commitment to service and quality,” says Tony Elenis, president & CEO of ORHMA. 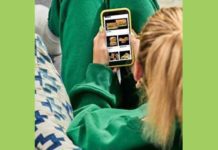 Kostuch Media Ltd. - December 4, 2019 0
After moving to Ontario, Vancouver native Diana Olsen felt it was time to follow in her father’s footsteps and become an entrepreneur. “I wasn’t...