CHARLOTTETOWN – According to a news item on the website of the The Guardian, which covers local news in Charlottetown and P.E.I., high winds and rough seas forced tuna fishermen to voluntarily stop fishing off the coast of the Island at noon today, Wednesday, Oct. 14, for reasons of safety at sea.

The story went on to explain that approximately only 87 tonnes of the seasonal 100-tonne quota of P.E.I. tuna has been landed so far this year. The Department of Fisheries and Oceans is expected to review landing figures this afternoon and hopes to reopen the fishery at 7 a.m. Thursday, October 15, until the balance of the quota is caught.

In the past few years, Canadian fishermen have faced serve cuts to their tuna quotas, with P.E.I. fisherman among the hardest hit. In 2006, Island fishermen caught 250 tonnes of tuna, a decline of some 150 tonnes that has had a significant impact on the industry and its many associated businesses.

The good news for chefs on the Island is that there’s still time to get their hands on some of the Atlantic’s freshest tuna catch, as fisherman race to fill the quota. 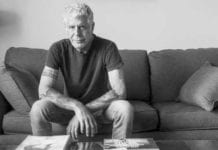