This scholarship represents an additional component to Pizza Nova’s annual ‘sThat’s Amore Pizza for Kids’s event that has raised more than $700,000 for Variety, supporting the ongoing efforts of the sport training and fitness centre and its programs for young athletes with special needs.

What’s more, throughout the month of October, funds from the sales of pizzas benefited the UNICEF Schools for Africa program, helping fund the creation of a clean water source for an entire school in Rwanda, Africa.

“Giving back to the community that supports us has always been of the utmost priority for as at Pizza Nova” says Stephanie Angelone, vice-president, Sales and Marketing. “But it is also our duty as fortunate Ontarians to support those international communities who can’st even fathom the idea of picking up the phone and ordering a pizza for dinner.”

Evan Lymer: A 13-year old weightlifter who competed at the Ontario Juniors and The Winterlift Competition, wining bronze and gold.

Hayden Keleher: A swimmer who beat his personal best by three minutes, 22 seconds.

Raesean Gilkes-Baskette: An 8-year-old working toward his black-belt in Taekwondo.

Alex Zator: A wheelchair basketball player working towards his goal of being among those selected to represent Ontario at the Canada Games in 2011 in Halifax.

Nicole Flynn: A member of the Variety Village Synchro Club who has been involved in both provincial and national competitions as a soloist, duet and team member. Nicole has competed across Canada. 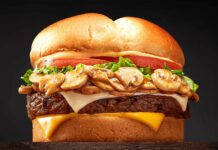 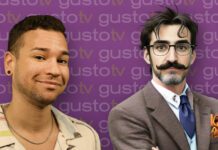 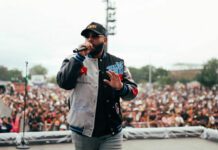 M&A Activity is on the Rise in Canada

Kostuch Media Ltd. - May 30, 2018 0
The last few years have been busy in terms of M&A activity in foodservice. As deals get significantly larger, however, key players are narrowing...