Argentina makes a play for wine lists acrosss the country

The flavours of South America have been wafting northward for some time now, with the radizio-wielding gauchos of Brazilian steakhouses and a growing awareness among Canadian diners of the parsley, garlic and oil-based steak stand-by chimichurri — a popular condiment, marinade and sauce from Argentina and Uruguay.

Accompanying this wave of southern ethnic flavour is a wine to match. Chile was arguably the first South American country to truly break into the Canadian consciousness, but in recent years its neighbour, and soccer rival, Argentina, has been making a name for itself, too.

Like so many new world countries before it, Argentina just needed to find its viticultural niche. The Aussies have their Shiraz, New Zealand has Sauv-blanc, and even Chile made its name with the idiosyncratic Carménère. Following a similar playbook, the Argentines have become masters of Malbec. And, while this year’s World Cup may not have gone the way the perennial powerhouse wanted, or expected, you’d be hard pressed to find either an Argentinean winemaker, or a Canadian aficionado, who isn’t ecstatic about Malbec’s meteoric rise or the selection of well-crafted examples finding their way onto wine lists across the country.

“Malbec can be defined as an inky, purple varietal in colour, with robust and rich tannins. It is extremely complex, yet elegant at the same time,” says Mark Moffatt, general manager and sommelier at Crush Wine Bar in downtown Toronto. “Argentinean wines have become more popular due to the economics of them first and foremost, but couple that with wonderful flavour profiles, and proficient winemaking techniques, and the public is realizing you can get great value wines in the $12 to $20 spectrum.”

Food and Drink // Obviously, in the restaurant setting, wine shouldn’t be on the menu because it’s cheap and trendy, but because it marries well with the chef’s dishes, which is exactly what the southern country’s wines do. “Argentinean wines, like all wines, are very easy to pair with food,” Moffatt starts. “The key point to remember is that wines of the region pair with food of the region; this goes to typicity and terroir. With Malbec, for example, look at barbecue beef ribs; something with some weight behind it. With the price-points, these wines work really well for restaurateurs to establish eclectic wine by the glass or tasting menu pairings.”

Aside from the go-to Malbec, Moffatt also sees Argentina as home to several other fabulous varietals that are worth a look. “People should be looking at Torrontes, an extremely floral and expressive white wine, Cabernet Sauvignon does very well, and Bonarda is still king in my mind,” he says. “For me, I always set my lists up by varietal, this way it allows guests to see where different varietals are actually grown, and it can be used as an educational tool for them and staff alike.” 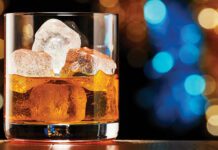 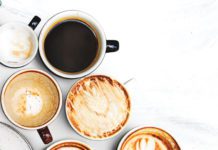