TORONTO — Redberry Restaurants has announced an unprecedented expansion plan of 200 Taco Bell restaurants in Canada. This will more than double the existing Canadian Taco Bell location count and cements Redberry’s position as the largest Taco Bell franchisee in the country.

“Our team is committed to achieving what we say we’re going to do,” says Ken Otto, CEO, Redberry Restaurants. “This has led brands to invest in us and trust us to deliver.”

“Over the past few years, we have seen what Redberry can do with our brand,” says Matthew Shaw, Chief Development Officer, Taco Bell North America. “We recognize how different the Canadian market is and Redberry has proven themselves as an undisputed leader in operational excellence in the Canadian QSR industry. We couldn’t be happier to partner with Redberry as Taco Bell’s Canadian brand ambassadors.”

Redberry kicked off the expansion with its first new-build Taco Bell Restaurant in London, Ont. The location is part of a new-build plaza (anchored by the largest LCBO in London along with ancillary retail). Centred in a high-growth node of North London, the new Taco Bell is surrounded by significant new residential development.

“We are thrilled to open our first new-build Taco Bell restaurant in the city of London, which is our third Redberry-owned Taco Bell location in the city,” says Chris Racine, Chief Operating Officer of Redberry. “This new restaurant location is the perfect start of our expansion plan to significantly increase the availability of Taco Bells across Canada.” 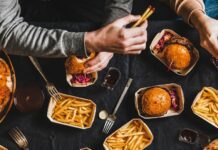 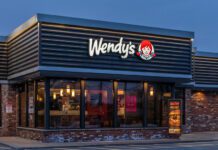 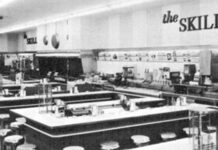 Zellers to Re-Introduce its Diner on Wheels