TORONTO — Sodium content in Canadian restaurant foods is “alarmingly high,” and a population-wide sodium-reduction strategy is needed, according to new research from the Canadian Journal of Public Health.

According to the report, which analyzed 4,044 menu items from sit-down and fast-food restaurants across Canada in 2010, on average, individual sit-down restaurant items contained 1,455 mg of sodium per serving, representing 97 per cent of the recommended adequate intake levels (AI) per day.

More than 22 per cent of stir-fry entrées, sandwiches/wraps, ribs and pasta containing meat or seafood exceeded the daily tolerable upper-intake levels (UL) at 2,300 mg of sodium, while children’s meal items contained on, on average, 790 mg of sodium, which is 66 per cent of the recommended sodium intake per day for children.

Restaurant operators are well aware of the sodium problem and are taking steps to rectify it, said Garth Whyte, president and CEO of the Toronto-based Canadian Restaurant and Foodservices Association. “A lot has been done since 2010,” he told The Globe and Mail, adding restaurants are making efforts to decrease sodium levels in food. “We are part of the solution. We’re not part of the problem,” he said. “Our members eat in restaurants, too and their children eat there, so they’re very cognizant of it.” [journal.cpha.ca] 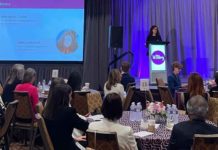