If your restaurant or bar is anything like 99 per cent of watering holes across the country, you move a lot of rum. The vast majority of that rum is likely served diluted in Coke,with a lime wedge garnish. It’s not fancy, but it sells, and for good reason.As the Toronto-based Bartender One’s champion mixologist, Gavin MacMillan once pointed out to F&H, a rum and Coke is a balanced cocktail in its simplest form. All it takes is the strength from the rum, weakness from the ice, sweetness from the Coke and acid from the lime, and that’s it; cocktail complete. e

While some operators are content to stick with the cola standby, others are happy to scour the dusty bartender’s handbook for a little old-school inspiration; tame the raw flavours of the rum-like spirit cachaça or enhance the sweet, herbaceous notes of spiced rum.

Toronto Institute of Bartending creative director, Brad Gubbins, says rum, like many base spirits  day, is undergoing a rejuvenation of sorts,
although at a slower pace than the boom-and-bust cycles of whisky and vodka. “The problem for rum in this country is Canadians have become used to
rum drinks being made so poorly for so long,” he says. “Everyone goes to the all-inclusive Caribbean resorts, and they end up with a bad impression. But,
take a good rum, and start mixing it with some quality ingredients such as real citrus, fresh herbs or hand-crafted bitters, and it can be great.”

According to Gubbins, while rum may lack a certain  sachet, there is still plenty to explore when it comes to this versatile spirit, and, there are a lot of new flavours to talk about once you get past the insipidmachine-spun daiquiri you had in Cuba. “Of course, bartenders today are perfecting some of the classics, such as a fresh muddled mojito or a voodoo,” he says. “It’s very much in line with other cocktail trends in that serious bartenders are learning to perfect the basics again and then branching out to create something new and unique.”

And, when barkeeps feel they’re ready to leave the nest, Gubbins says there’s a world of discovery. In short, the debate over which rum to enjoy — white or dark — is moot, thanks to emerging renditions such as spiced rum or cachaça, the Brazilian rum-like spirit integral to the increasingly popular caipirinha. “It’s all about knowing the flavours in the bottle and working with those strengths,” says Gubbins. “Cachaça, for example, has a bit of that sweetness but also has almost a tequila harshness, which makes for a great rum-based margarita cocktail, whereas spiced rum can have any number of different flavours like clove, vanilla and nutmeg. You have to know what’s in that particular bottle, highlight it, and know that it’s not for everyone,” he adds.

Are hand-crafted mojitos, caipirinhas and spicedrum Hemingway daiquiris going to supplant rum and Coke on popularity charts across the country? Probably not. But, for any bar or bartender looking to cater to a more sophisticated cocktail clientele, reviewing rum would be a great place to start. 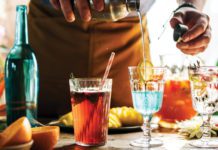 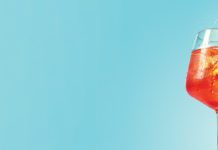 Maya Tchernina - April 3, 2011 0
Canadian farmers are diversifying and chefs are demystifying some of the world’s oldest grains. Remember when the menu featured, mashed, baked or fried?...