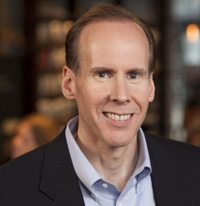 “Under Troy’s leadership as chief financial officer for the past five years, Starbucks has delivered an extraordinary experience to our customers as well as exceptional operating performance, financial results and returns for our shareholders,” said Howard Schultz, Starbucks chairman, president and CEO.

“Troy’s strategic business and financial acumen, discipline and leadership have been instrumental to our short- and long-term growth. As we continue to expand to new markets and channels, his role as group president leading Starbucks Global Business Services will be critical to ensuring the company’s continued success.”

TRURO, N.S. — The former adjoining Red Bird Wine Bar and Wooden Hog restaurants on Prince Street in Truro, N.S. have been closed to make way for Nook and Cranny, an eatery and pub.