WINNIPEG — Three Western Canada restaurant chains are being lauded for their decision to switch to zero trans fat cooking oil.

Why is this news, you may be wondering, when almost every Canadian restaurant made the switch over the past few years? Well, Abc Country Restaurants, Earls Restaurants and Kelly O’Bryan’s Restaurants did it a decade ago, taking the lead in the Canadian foodservice industry when it comes to using healthier cooking oil.

“We knew consumers were continuing to seek healthier options and restaurants needed a solution,” said John Haen, vice-president, Nutrition Division, Richardson Oilseed Limited, in a press release. “The development of Canola Harvest HiLo was groundbreaking from both a health and operational perspective.” Canola Harvest HiLo has also helped restaurant chains become more efficient, as the oil is said to extend fry life by 50 per cent longer than other commonly used oil. 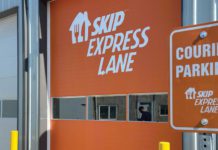 Kostuch Media Ltd. - April 2, 2020 0
VANCOUVER — Earls Restaurants has introduced Earls-at-Home offerings to better serve customers during the COVID-19 pandemic. Among these is the recently launched Earls-Grocery offering, which...