TORONTO — The last weekend of June is not shaping up to be a good one for Toronto restaurant owners.

From June 25 to 27, even as the World Cup kicks into the knock-out stage and Pride week celebrations begin, there’s a strong possibility that Toronto restaurateurs in the downtown core will see a big drop in sales at a time when they’re usually enjoying some of their best days of the year, and it’s all thanks to the security-state that’s being strictly enforced for the G20 Summit.

“The government is literally putting up barriers between restaurants and their customers,” said Garth Whyte, president and CEO of the Canadian Restaurant and Foodservices Association. “Last summer the stink of a garbage strike kept patio customers away, this year it’s a security fence.”

Maybe the worst thing about the lockdown is that unless there are “losses related to extraordinary security measures,” business owners are not going to be reimbursed for lost sales and, worse, if their properties are damaged by protestors, they won’t be compensated either.

“If the government can spend close to $2 million on a fake lake, then it has the money to fully compensate restaurants for their loss of business,” Whyte added.

Tourists and locals are being urged to stay out of the core during the weekend, at Mayor David Miller’s behest, a weekend Blue Jays’ series — which was supposed to feature the return of former Jays’ ace Roy Halladay to Toronto — has been moved to Philadelphia, and theatre shows have been cancelled.

“The government has created a club with winners and losers,” says Whyte. “For those who weren’t invited to the party, this is going to be very costly.” 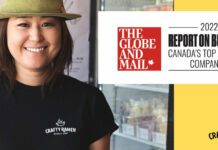 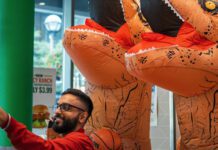 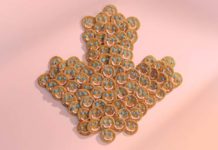 Brianne Binelli - November 11, 2010 0
HST, or no HST, will be the indirect question asked of B.C. voters when the provincial government holds a province-wide referendum on the controversial...