According to reports from Toronto Life magazine, the popular toque is taking his Conviction Kitchen television and restaurant concept on the road. Season two of the reality show is slated to take place in Vancouver. Much like the Toronto edition, Thuet will hire local ex-cons to man the restaurant, both in the front-of-house and in the kitchen.

What’s more, the ambitious Thuet says that his plans for a third season are already underway, with trips scheduled to scout U.S.-based locations (possibly Boston), sometime in September. 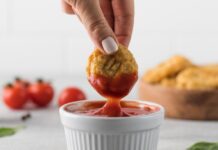