In any endeavour, perfection is rarely attainable, unless, of course, you consider Olympic athletes who achieve a perfect score of 10. While hoteliers across all industry segments agree 2009 was anything but perfect, for many the past year was downright cataclysmic. With occupancy down significantly, rate-cutting pervasive and financing hard to come by, too often merely surviving was the short-term goal.

Nevertheless, judging by this year’s Pinnacle Award recipients, Canada’s hotel industry is home to many gems with enough lustre to sparkle through the most tumultuous of times. We’re proud to honour the winners in our annual issue that celebrates excellence and showcases Canadian talent.

While it’s easy to get mired in the daily doom and gloom, we can’t — nor should we — forget the immeasurable wealth of talent that exists in our industry. There are great stories to tell, whether we’re saluting homegrown national companies like Atlific Hotels, celebrating 50 years of success in 2009, or fêting smaller regional companies like Monte Carlo, which owes its success to the determination of Dominic Meffe, a hardworking immigrant with a vision for achieving greatness. For others like David Mounteer, GM of the tony, luxurious Auberge Saint-Antoine in Quebec City, and winner of this year’s Hotelier of the Year, success is a byproduct of perseverance and commitment to employee excellence. And, of course, at a time when owning a hotel that’s both chic and functional is paramount, Harry Christakis of HCA Architecture is proof positive that winning design is more than just a catchphrase; it’s a way of being.

This is the last issue of 2009 — a milestone year for Hotelier, as we celebrated our 20th anniversary — and, incredibly, it’s also the end of a decade. Let’s not lose sight of the fact that the hotel industry is cyclical. We’ve lived through a seismic shift, punctuated by dramatic declines in occupancy, ADR and, often, a feeling of inertia, but this too shall pass. When the dust settles and consumer confidence returns, the economy will regain momentum and hotel companies will be stronger and more resilient than ever before, if only for the hard lessons learned along the way and the creative energy that resides in this dynamic industry.

We’ve seen much in two decades of covering the Canadian lodging business. Economic cycles come and go, but the one constant that always shines through is the unwavering dedication of the people that call the hotel industry home. To those individuals, we raise a glass, and to this year’s Pinnacle Award winners, we thank you for raising our spirits. Here’s to a sparkling season filled with good health, hope for a better tomorrow and, as always, a little magic. 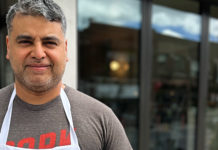 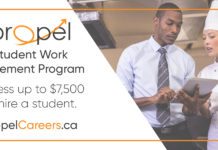