A decade ago, few could have predicted the extent of the social media phenomenon. Today, social networking sites such as Twitter, Facebook and LinkedIn have changed the way we market ourselves and do business. But whether you’re a Tweeter, a Facebook fan or a LinkedIn devotée, social media is here to stay and the landscape promises to get even more crowded in the coming years.

As we sift through the myriad changes technology has forced upon us, it’s important to understand what each of these new applications brings to the table and how we can best use them. But it’s also vital to not lose sight of what they’re really intended to do.

According to Maribeth Kuzmeski, author of The Connectors: How the World’s Most Successful Businesspeople Build Relationships and Win Clients for Life, 2010 is going to be the year of the connector. Kuzmeski believes the connections you make, and the relationships you build will be the true game changers. “After all the debacles of 2009, people want to know who they’re doing business with,” says the U.S.-based author. “Relationships are more important than ever, particularly when it comes to doing business. Thanks to social media, mobile technology and the ever-expanding Internet, it’s easer than ever to connect with others.”

But as easy as it’s become to make those connections, it’s just as easy to get so bogged down with the medium that you sometimes forget the message. As Kuzmeski says, “While everyone else is devoting their attention to the social media craze, it’s time for you to slow down and consider what really brings success. Is it tweeting 100 times per day or having 500 businesspeople in your LinkedIn network? Possibly, but it really depends on whether you’re truly connecting with those folks. Those who are able to master impactful connections with others will be the ones to triumph in 2010.”

Clearly, hoteliers should reach out to guests and create brand awareness by effectively using these tools. In these “connected days,” it’s more important than ever to have a social media strategy and understand how it can help you generate more business. But those efforts should lead to the development of more personal relationships, she cautions. “Don’t press yourself to make so many social networking connections that you end up in a situation where you can’t keep up with or strengthen them, or where you’re neglecting those with whom you already have quality relationships.”

Ultimately, as every good hotelier knows, it’s all about leveraging relationships. “You need to establish a solid in-person relationship with people in order to gain their trust,” says Kuzmeski. “And once you’ve done that, you can use all the other tools as a way to continue your relationship throughout the rest of the busy year.”
That’s a lesson hoteliers can’t afford to ignore in the cacophony of today’s cluttered world. 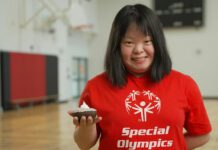 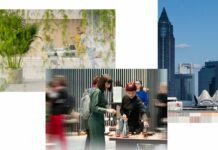 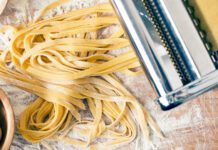 Maya Tchernina - April 22, 2010 0
The best business minds understand that every investment comes with risk. Whether you’re investing dollars in a renovation, time and resources in a special...