NEW YORK — First the French were under fire, and now U.S. wine distributors E.J. Gallo and Constellation Brands are under investigation for selling fake pinot noir to American consumers.

Last week, a French court convicted 12 people in southern France of passing off cheaper reds as the pricier pinot noir. Now, the duped American companies are being scrutinized by those who want to know how the deception continued undetected.
A spokesman from the treasury department’s alcohol and tobacco tax and trade bureau clarified the situation to the The Washington Post, explaining that companies are still held accountable for how they label their products, regardless of third-party dishonesty.

According to reports, the equivalent of 18-million bottles of faux pinot noir was sold. In fact, the U.S. regional wine office became suspicious after realizing there was discrepancy in the figures of pinot noir production versus export.

It appears that the Sieur d’sArques group responsible made about seven million from the sales. Those involved in the scam have been given suspended jail sentences and fined between 3,000 and 18,000 euros. 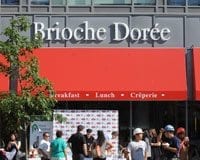