According to a recent story on cbc.ca, a new proposal by the government of Saskatchewan is targeting the time-honoured tradition of lighting up a smoke on an outdoor bar or restaurant patio, and the province’s hospitality industry is hot over the issue.

If the provincial no-smoking law is amended, it could outright ban patio smoking. A similar ban already exists in the city of Saskatoon, though Regina and other regions remain smoker-friendly toward patio dwellers. When anti-smoking rules were levied in Saskatchewan several years ago, some industry insiders say hospitality businesses took a 25 per cent hit, from which it never recovered.

In what’s been a familiar lament in other parts of Canada (remember Ontario bar owners who built specific smoking rooms, at great cost, only to be told later that they were also going to be prohibited), restaurateurs are complaining that many of the patios were built specifically for the use of smokers and that the new proposal is unfair to business owners.

Meanwhile, anti-smoking lobbyists claim it’s the next logical step to keep customers, employees and, especially, children away from smokers when they’re out in public.

The proposed new law is expected to be introduced by parliament sometime during the fall. 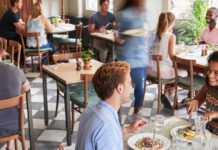 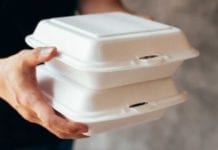 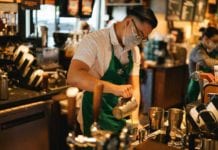 Maya Tchernina - October 6, 2009 0
Labour shortages were a big problem for foodservice operators before the economic slowdown, and it promises to be an issue again when our country’s...