TORONTO — World Animal Protection, in collaboration with Navius Research, released the Animal-sourced food consumption and Canada’s emissions targets report that shows if Canadians move from a high-meat consumption diet to a low-meat consumption diet (50-per-cent reduction by 2030 and 80-per-cent reduction by 2050), the impacts on greenhouse-gas emissions would be significant enough to put Canada back on track to meet its 2030 and 2050 climate targets.

The report also found if Canada’s future animal consumption is lower, it will cost 11-per-cent less for the economy to comply with the 2030 emissions target. For the agriculture sector, that means $6.3 lower in 2030 and $12.5 billion lower in 2050.

The Government of Canada will have a significant role to play in supporting more planet-friendly diets, such as promotions for the Canada Food Guide, which is largely plant-based, and acknowledging animal agriculture as a major source of GHG emissions.

“The findings of this report should be a wakeup call for governments and Canadians alike,” says Lynn Kavanagh, farming campaign manager with World Animal Protection Canada. “Our diets are largely something that we can control and by moving to a more sustainable plant-based diet, we can all do our part in achieving a net-zero society. 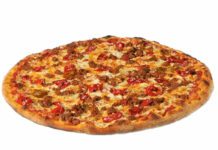 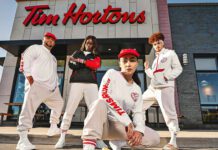