How to build the best team in today’s labour market

The scene is a typical one: a cocktail party, populated by well-heeled guests balancing wine glasses and crudité plates, trading commentaries on the weather and scoffing remarks about the state of the world. “What do you do?,” the standard script will eventually run. Brad Long, the culinary mind behind Toronto’s Veritas restaurant and My Place, will always tell the inquisitor he’s a cook. When other guests interrupt to say the man is, in fact, an executive chef of some experience and reputation, Long will cut the praise off at its knees. “My trade is cooking, and it’s a damn honourable one,” he says. “That’s what I try to teach my people coming into this business right now: that cooking is a proud tradition and an important one.”

It’s a message worth hearing, as the massive beast that is the hospitality industry shakes off the cobwebs of a damaging recession and negotiates a transition into its next evolutionary stage, ever mindful of how its fortunes are a function of the condition of the labour force that powers it. The biggest chunk of a restaurant’s budget, the blood in its veins, the gas in its tank, the labour slice, is a critical component of success for any player on this field. Mastering its shifting shapes is essential to a restaurant’s productive, profitable existence, particularly when the economy is in a state of flux or when minimum wage is raised, as it recently was in several Canadian provinces.

With more than 100 per cent annual turnover in quick-service establishments conventionally and approximately 60 per cent for casual-dining, staff retention has long been a bugbear for the restaurant trade. From 2006 to 2007, labour pools everywhere dried up, and restaurateurs struggled to fill employment rolls, increasingly working to compensate for the reduced number of young people picking restaurant careers in favour of professions with more financial promise. Fast-forward a couple of years and the situation is, at least, temporarily relieved. A devastating recession has taken its toll and with operators slashing payrolls, most remaining employees have found a new loyalty to their jobs.

With the economy growing once more, the employment challenges have changed — but haven’t gone away. As the demand for resource-based products increases, those people supplementing lost jobs with service in the restaurant business will no doubt shift back into career roles and leave a fresh hole in their stead. “I’ve been in the business more than 25 years and nothing’s changed,” says Marcus Griesbach, owner/operator of Just In Etraining, a Vancouver-based online training provider for front-of-house employees in restaurant operations. “Labour has always been a problem.”

Still, new initiatives in this field work to alleviate the situation on various fronts. For one, employers are adopting novel ways of holding onto staffers longer. For another, new technology delivers alternative means of securing valuable human resources — for those organizations on the ball enough to exploit them. And a host of revamped development offerings promise more efficient and affordable approaches to training restaurant personnel than ever.

When the recession struck, SIR Corp., a vast Canadian restaurant group that owns and operates 48 locations under such brands as Jack Astor’s, Canyon Creek and Alice Fazooli’s, downsized its ranks, both within management and hourly staffers. It was, says Karen Scanlan, SIR Corp.’s vice-president of Human Resources, an unpleasant necessity that left a more sustainable scene — in the form of a more committed and engaged workforce — in its wake. Absent some of the usual bustle, management committed to sending those who remained a message that, when things picked up, theirs would be the company with which they’d want to stay. “It was a time when some organizations were retrenching, doing severe cutbacks, taking away opportunities for overtime. We tried to take a different stance in that we made the cuts we needed to, but, to the people left behind, we said, ‘You are the A team, you’re our best performers.’” And so the annual ski trip to Blue Mountain was saved, a system of guaranteed hours was instituted, a peer recognition program was established, and individual operators set up councils where employees could talk about challenges and present them to management.

“It’s a little counter intuitive that we picked one of the toughest economies to start doing things that, previously, we didn’t have the time, money or energy to do,” Scanlan concedes. “But when things pick up, and people start moving between restaurants again, we wanted our employees to feel like we’re family.”

Beyond that, SIR Corp., whose family is about 3,000 strong, also made efforts so its hourly employees might begin to consider the restaurant industry as a long-term career move. By introducing formal systems of advancement, operators were better prepared to identify those staffers who might consider a management role. “The recession gave us time to pause and really consider our focus,” says Scanlan.

For a lot of restaurateurs of late, that focus has been on training and development. Most small business operators — restaurants prominent among them — have scant little going when it comes to formal training. They may have a grease-stained, dog-eared manual that’s been scribbled with revisions over the years, and that’s it. Learning on the job was, and continues to be, a question of following another employee around for a shift or two and calling it good. “But there’s a whole bunch of problems with that,” says Griesbach. “The franchisee or small business owner wants to know that the person they’re bringing in is fully trained and understands the industry.”

Service, intones Griesbach, is the key issue at restaurants. If you’ve got it good, you’ll retain customers; if you’ve got it bad, you won’t, no matter how tasty the food is. “But operators, conventionally, don’t have the tools available to ensure they have well-trained staff. And, because of the high rate of turnover, they look at the situation and give up.”

He seeks to change that with a comprehensive training program that provides a curriculum of universal restaurant basics to equip individuals with enough common-sense background about the industry so getting up to speed in specific positions is only a matter of providing specifics. The company offers six online courses, including a base hospitality course for five different roles (host staff, bus staff, service staff, food runner and bartender), and each takes about 20 minutes to complete.

It’s an idea that makes sense to Long, who’s interested in systems that teach actual cooking, not a particular menu. “I find people are trained for systems not for actual trades. To learn point-of-sale or how to use a deep fryer or some complicated digital-oven system is one thing; to teach them how to actually use the tools, teach them the ingredients, how to combine them, now you’re arming them for a much greater and more complicated long-term process, and therefore they’ll tend to stick around.”

“That whole taking a proactive approach to onsite learning is a good thing,” Griesbach enthuses. “It takes a lot of stress off managers and puts the onus on staff members to learn while on the job.” More than that, it discourages the perpetuation of those shortcuts one employee training another will pass on. “Some people are terrible trainers. Have them teach newcomers, and everybody learns bad habits.”

Another trend in training hospitality staff is seeing the net cast wider than it conventionally has been. Where senior leaders were the sole recipients of sophisticated training programs a decade ago, with owner/operators and managers regularly engaging in three-day retreats to learn the big-picture state-of-the-union stuff, now you might see more junior staffers engaging in 60-minute webinars on material they can apply on the floor within 24 hours. While the intensive leadership training stints still exist, the growth right now is in training opportunities that don’t require employees to leave their sites and can accommodate larger groupings of more junior members. “It’s about consistency of messaging,” says Mark R. Thompson, president of McKinleySolutions.com, a Toronto-based firm specializing in hiring, training and retaining employees. At his company, demand for half-day modules that allow staffers to honour their lunch and dinner shifts — thus steering clear of the interruption to business continuity that’s long been the annoying downside of training initiatives — has skyrocketed in recent months.

Hiring practices in hospitality have also changed dramatically. In much of the industry, especially in the seasonal environment, employers are dealing with a younger generation of technologically savvy prospects for whom the traditional means of posting employment notices has scant impact. That’s why, says Thompson, restaurateurs need to revisit their websites to gauge the power of their recruitment efforts. “For the forward, progressive thinkers, that’s where the energy is now.”

And don’t bother with a CV. A traditional résumé is no longer the calling card it once was for securing productive employment in a landscape where job postings regularly attract between 150 and 300 responses. It’s nothing more than a polished list of past achievements, says Thompson, revealing little about a person’s potential. Its generic thud in an employer’s inbox, however, has plenty to say about how much effort a person is willing to invest in securing the job. “A résumé is the path of least resistance for applying,” he adds. “When you encourage the potential employee to get engaged in the process a little bit more, the likelihood of getting a strong candidate that’s a good fit increases exponentially.” Today’s online application programs allow those hiring to conduct virtual interviews first that grant them a sense of an applicant’s communications style, organizational fit and commitment to the application process.

Similarly, he urges employers to dig deeper in their recruitment efforts. The more they learn about candidates and the likelihood for a successful fit within the company, the more likely they’ll make the right pick. “The cost of getting the wrong versus the right person in the door is [considerable]. Fire before you hire is a tagline we use.”

And for those restaurant managers still not versed in the complexities of social media, Thompson has this advice: get with it. Just because managers might not be in the age bracket to whom this scene is second nature, it doesn’t mean the people they hire aren’t. “There’s a mental block for many folks, comfortable enough with social media to look at their kids’ photos or connect with old high-school friends, but nothing more. And it’s absolutely a strategic imperative these days, especially for the small guys. And if you can use that to your advantage, you can compete with the chain that’s just moved beside you or the independent that’s not as quick off the mark as you are.”

Long took aim at this strategic imperative last year when he filled his entire kitchen staff, for My Place, a west-Toronto restaurant, through  ads on Craigslist. Some 1,500 applications washed in from would-be cooks, chefs, dishwashers, bartenders, waiters, hostesses, management, the whole gamut. “It’s not that it’s better than the old methods of hiring,” says Long. “It’s just that I don’t think your average 20-year-old — the meat and potatoes of a restaurant team, the kids who are there to learn, who want to work up, the basic entry-level labour — know of any other way anymore.”

And the ranks of that particular population are actually on the rise thanks, says Long, to the success of the Food Network. “You do get kids who show up and say they want to work in a kitchen so they can have their own TV show. But, at the other end of the spectrum, there are more people coming into the industry who see it as a respectable trade. Society thinks more of us now because of it. The Food Network lets people know that it’s a career and an opportunity.” 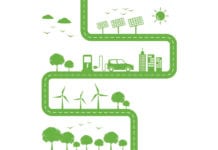 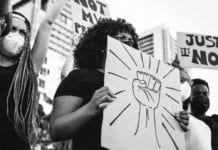 Maya Tchernina - November 24, 2010 0
MTY continues to balloon in a floundering economy Company of The Year It’s been a busy day. Stanley Ma, president and CEO of...