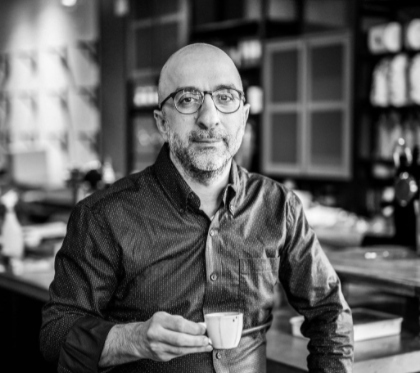 TORONTO ― The Terroir conference kicked off its annual gathering last week with a town hall featuring Toronto chef John Sinopoli. The co-owner of Ascari Hospitality Group, and the founder of Save Hospitality, spoke with Voula Halliday about his efforts in starting the advocacy group as a response to the lockdown restrictions foisted on the industry by the pandemic in March 2020.

After having to lay off his team of 97 employees, Sinopoli approached some of his friends who worked in government to ask what operators should do given the restrictions that were being imposed. His friends told him government was at a loss as to what to do, and therefore urged him to write a letter and circulate it to politicians helping them to understand what restaurant operators were looking for.

“They told me to be bold and say what you mean because they’re looking for direction,” explained Sinopoli at the town hall. So that’s what the restaurateur did, creating a five-point action plan and helping government understand the challenges of being an independent restaurant business as well as the importance of this sector to the Canadian economy, stressing that the vibrancy of the country’s main streets depended on a healthy restaurant industry.

The letter he wrote in the early days of the pandemic, along with input from other operators in the restaurant community, including Andrew Oliver, president and CEO of Oliver & Bonacini Hospitality, whose support was crucial in getting the letter into the hands of the key politicians, has given rise to the growth of the #Save Hospitality movement, with Sinopoli becoming the spokesperson of the grassroots collective, which has gained traction with 1,300 independent restaurateurs and suppliers across Canada. Still, the passionate advocate says the fight isn’t over and he urges those operators who haven’t had the time to get involved to do so now and make their voices heard. “We need a public-awareness plan, wholesale liquor pricing, and we need restaurants to survive for the sake of the economy and the health of their communities,” says Sinopoli.

WITH Summit Offers a Blueprint for Change

Danielle Schalk - March 20, 2020 0
SEATTLE — Starbucks Corporation held its annual meeting of shareholders virtually on March 18, during which it outlined how the company has been responding...