Tourism Spending, GDP Up in Canada — Statistics Canada
Tourism spending in Canada has increased for a second straight quarter after four negative quarters, rising 0.4 per cent to $16.5 billion as both Canadians and foreign visitors spent more. Statistics Canada reported last week that the total gain, in real terms adjusting for price changes and seasonal variations, represents an increase of 0.4 per cent in spending by Canadians and 0.2 per cent by foreign visitors. This was the first spending increase by international visitors in two years. Canadians spent 1.1 per cent more on air passenger transport, while accommodation spending also rose. Fuel consumption fell, as it did among foreign visitors, a result of car travel from the United States declining. Outlays by foreign investors on air transport rose 1.2 per cent, reflecting an increase in the number of visitors from overseas countries.

January saw the strongest one-month Gross Domestic Product (GDP) gain in more than three years, up 0.6 per cent on a month-over-month basis. The gain was driven by the goods-producing sector, as opposed to consumer spending and housing. Manufacturing produced a 1.9 per cent gain in January, marking the fifth-straight month of advances for that sector. “This is the story we expected to see — it is just coming in higher than even optimists were looking for,” said Craig Wright, chief economist at the Royal Bank of Canada in Toronto, considered to be one of the more bullish forecasters on Bay St. He added, “This is what a recovery looks like, and it is tilting more toward a V-shaped recovery than people were thinking about a few months ago.” Based on the January numbers, economists upgraded their forecasts for the first quarter, including TD Securities, which said growth could hit six per cent annualized for the first three months of 2010, based on the impact of the Winter Olympics in Vancouver.

U.S. Hotel Financing Shows Signs of Life
“Is Hotel Debt Drought Finally Over?” is the title of a lengthy report on the Smithtown, NY-based hotelinteractive.com, pointing out that, “lenders are at least willing to look at lodging deals now. But only the most stable, cash-flowing properties need apply.” The report by Maria Wood indicates that throughout 2009, debt was nearly impossible to obtain for most commercial real estate properties, and even harder for hotels. Today, lenders are beginning to look at lodging deals if they fit certain criteria: safe (with cash flow) deals between US$20 million to US$50 million; funds to be used primarily for acquisitions or refinancing of existing, stable select-service properties; strong sponsorship, a good brand name and a premier location.

ZaZaZa Pizza Opens in Ottawa
Ion Aimers, founder of Ottawa’s eight-location The Works Gourmet Burger Bistro chain, has rolled out a new gourmet pizza joint in the New Edinburgh neighbourhood of the nation’s capital. The new pie parlour was launched in partnership with Simon and Ross Fraser of Fraser Café. ZaZaZa – Pizza with Pizazz opened late last month, selling thin-crust pizza with cornmeal crust, freshly made Roma tomato sauce, sweet pesto oil or Alfredo cream finished with a combination of 32 toppings. It’s all served in a little bistro blasting soul and funk music from the walls, which boast the work of local artists. The kitchen is stocked with old-fashioned soft drinks like black cherry soda, freshly squeezed lemonade as well as beer and wine, to pair with a funky menu filled with a handful of apps and a number of pizza choices, like the Cajun Cowboy, which is topped with tomato/chipotle sauce, onions, chicken, havarti, chorizo and sweet corn. Prices range from $8 to $17.

Canada: Foodservice Leader in Consumer Confidence Gains — NPD Group
“Consumer confidence in Canada has steadily increased over the past two quarters, up from the historical lows at the beginning of 2009,” says Robert Carter, The NPD Group. Carter is country manager for Canadian foodservice, and he was commenting on a new international report by NPD’s Crest Foodservice Market Research. Carter added, “With increasingly positive economic conditions, Canadians are starting to feel as if the worst of the economic crisis is behind them.” Crest tracks commercial foodservice usage in Canada, China, France, Germany, Italy, Japan, Spain, the U.K. and the U.S.

NPD found that fast-food sales in Canada, Italy and Japan increased in the fourth quarter, indicating the start of a recovery for the restaurant industry. NPD’s Bob O’sBrien, a senior vice president, said, “Although global foodservice is still a ways off from being a healthy industry, looking forward, I feel that there will be some lift to the global foodservice market in 2010.” He added, “The companies offering the best value for the money will lead the recovery.” According to O’Brien, QSRs historically lead the foodservice industry out of economic downturns. The non-commercial segment, including schools and business cafeterias also showed positive signs with traffic trending up, led by Canada and Germany.

U.S. Restaurant Performance Index at 29-Month High — NRA
The Restaurant Performance Index (RPI), produced monthly by the National Restaurant Association, rose to its highest level in 27 months in February, up 0.7 per cent from January to 99.0, its strongest position since November 2007. “The RPI’s strong gain in February was the result of broad-based improvements among forward-looking indicators,” said Hudson Riehle, NRA’s senior vice-president of the Research and Knowledge Group. “Restaurant operators’ optimism for sales growth stood at its strongest level in 29 months, with capital spending plans also rising to a two-year high.” He added, “In addition, restaurant operators reported a positive outlook for staffing gains for the first time in more than two years.”

Ontario Minimum Wage Hike Takes Effect
The Canadian and Restaurant Foodservices Association (CRFA) charges that the new Ontario minimum wage of $10.25 per hour will cost foodservice operators an extra $255 million annually. “An eight per cent increase in minimum wage when inflation is just 0.4 per cent will force up all wages in our industry, leaving restaurant owners with no choice but to cut hours and jobs,” said Stephanie Jones, the CRFA’s vice-president, Ontario. “At a time when we are trying to grow employment and rebuild our economy, dramatic minimum wage increases are entirely counterproductive.” The lobbying group has delivered petitions and proposed minimum wage increase more in line with economic indicators like CPI and even introduced the option of freezing liquor server and student minimum wage differentials in recognition of the extra income earned by liquor servers. On the other hand, as minimum wages continue to rise across the country this year, some pundits think the hike isn’t enough. “The recent rebound in minimum wages still hasn’t fixed the damage from decades of neglect. In real terms, the average minimum is still a dollar lower than in 1976,” writes Globe and Mail economist and writer Jim Stanford in the newspaper.

$6.7-Million Spa Under Construction at Fairmont Jasper Park
Construction got underway last week for a $6.7-million, 10,000-square-foot spa at The Fairmont Jasper Park Lodge in Alberta, scheduled for completion in August. Offering 10 treatment rooms (including a couples room), steam rooms, a fitness facility and an outdoor pool area, the spa is situated on the promenade level of the main lodge. The hotel’s general manager, Amanda Robinson commented, “When designing the spa, the creative team drew inspiration from the natural beauty of the rivers, the peacefulness of the valleys, the calmness of the alpine meadows and the stillness of the mountains.”

Earls Restaurants Creates Online Wine Club
Earls Restaurants, based in North Vancouver, has announced the launch of the Earls Wine Club, a free an online community for wine enthusiasts giving members perks like gratis V.I.P. tours at designated wineries as well as a range of resources on earlswineclub.com. Users can sign up to use the extensive wine dictionary, check out the Food & Wine Pairing section — which matches Earls dishes with three wines — or find an answer to wine-related questions in the Ask Earl section. “I think this will be a great program for wine lovers,” said George Piper, director of Wine Experience, Earls Restaurants. “We want people to understand that wine doesn’t have to be complicated and that the best way to get to know wine is by drinking it. The Earls Wine Club makes wine accessible to amateur wine enthusiasts, while giving aficionados an online stomping ground.” The Earls Wine Club site also suggests wines for every budget as chosen by an expert panel, including Vancouver Sun columnist, Anthony Gismondi; award-winning food and travel writer, Kasey Wilson; and the visionary of the wine program at Earls, George Piper.

Ontario Craft Brewers Declare June 20 to 26 Festivities
The Ontario Craft Brewers association, which represents 25 small and independent breweries in the province, recently announced that the week of June 20 to 26 will be its first-ever Ontario Craft Beer Week. It will celebrate the growing number of high-quality, craft brewers scattered across the province. During the festival, a series of special events designed to expose consumers to new craft beers will be held at breweries and restaurants. Included in the fun are scheduled tastings, brewery tours, cooking and food pairing demos, beer dinners and more. Ontario Craft Beer Week co-chairs Steve Beauchesne of Beau’s Brewery in Van Kleek Hill and Jason Ellesmere of Cameron’s Brewing Company in Oakville, commented, “This is an exciting opportunity for Ontario’s craft beer industry and for our province. It’s a groundbreaking moment for craft beer in Ontario and a great way to kick off the summer.”

Nicholas Carson New Chair of HAC
Nicholas Carson, executive director of Operations for Centennial Hotels Limited in Halifax, has assumed the role of chair of the Hotel Association of Canada (HAC), effective immediately, Carson is replacing Scott Allison, who was elected HAC chair in February. Allison cited recent changes and new obligations for his departure but will remain on the HAC executive committee. Carson, who has been GM of Halifax’s Prince George Hotel since it opened in 1986, was previously HAC’s vice-chair. Born and educated in England, Carson apprenticed with Trust House Forte Hotels and gained experience in the U.K. and Bermuda prior to becoming GM of a London Trust House Forte property. He moved to Canada in 1978, accepting the position of executive assistant manager of the Delta Chelsea in Toronto. One year later, he was transferred to Halifax to open the new Delta Barrington Hotel, a position he held for five years until he moved to Centennial Hotels to open The Prince George. 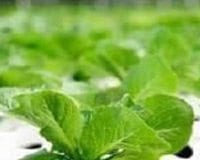