CHINA — KFC China was recently slammed with outraged customers who were denied discounts promised to them on allegedly fake coupons.

The disgruntled chicken lovers, who were denied deals on Super Value Tuesday, stormed the China World Tower quick-service store in Beijing and refused to leave until their demands for discount chicken were met.

The controversy was sparked after KFC refused to honour coupons that were leaked early. The chain’s execs have told China’s Global Times that only coupons obtained from certain websites will be validated.

The response has failed to satisfy the 100 or more hungry customers who clamored outside the store demanding their promised half-price chicken or an apology.

According to the Global Times, KFC officials have reported the allegedly fake coupons to the police and are refusing to honour those that lack proof of authenticity, even though proof might be impossible to produce because the original coupons aren’t specially marked.

Chicken lovers and lawmakers are urging the company to accept the coupons to save face. “As a big company, it has to protect its own business interests,” lawyer Fu Chengwu was quoted as saying in the Global Times. “The company must have some solid evidence to prove fake coupons are in use. Otherwise, its image will be tarnished by breaking its promise.” 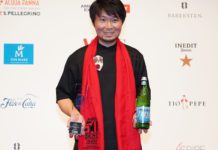 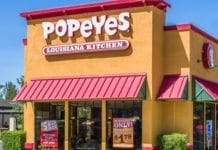 Popeyes to Open 1,500 Restaurants in China

Maya Tchernina - January 12, 2010 0
Like apples and oranges, the behaviours that constitute good customer service in restaurants are different from country to country. So, it’s no surprise that...